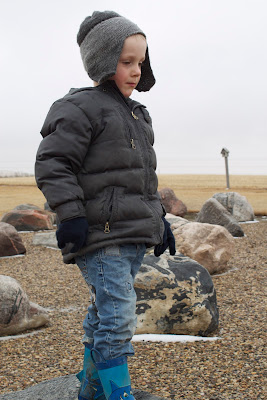 We have the privilege of having these two live close enough to come and visit once in awhile. 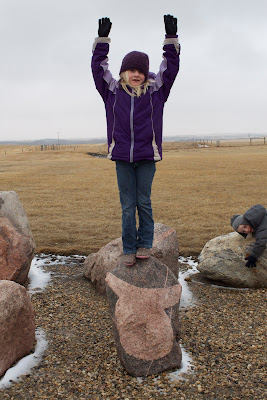 October 3, 1908, Anna Magda was born in Silkeborg, Denmark.  At the age of 8 Anna (known as Magda) and her four siblings, the oldest about 10 and the youngest about 2, were left with their father when their mother went to a tuberculosis sanatorium.  Madga's mother died about a year later.  Grandma, who was in her 70's came and helped care for the family until Magda was about 18 when her father re-married.

Sometime in May, 1928 Magda arrived at the train station in Wayne Alberta.  There to meet her with horse and buggy was a man named Karl.  Karl was employed on the farm of Peter and Marie Ostergaard and was also the high school sweetheart of Magda.  When Karl realized that the Ostergaards were looking for a girl to help with the housework, he wrote to Magda and sent her the money to immigrate to Canada.  Soon Magda realized that Karl was not the man she wanted to marry but he was the one who had paid for her to come to Canada, he was her 'sponsor'.  The dear Ostergaard family who had accepted Magda as one of the family paid Karl and took responsibility for her.  Shortly after that they laid Karl off and he vanished from her life!  Well, I understand she and her husband did meet him once years later.

Magda married Hans Thomsen on April 30, 1932.  Her life was anything but easy right from the beginning.  Mind you, life in the 30's was not easy for anyone I don't think!  Magda gave birth to her first child, a son, Eric Jens, in February 1933.  Shortly after that Magda spent 10 months in the TB sanatorium in Calgary.

Magda gave birth to four more children and I am her baby.  Eric was 17 when I was born so raising children stretched over many long years.  She had her first grandchild when her youngest child was 6 years old!

Today, May 22 marks 27 years since Mum died.  For many years she would talk of friends who had cancer and how they suffered.  It seemed to me that she greatly feared that disease.  In January 1985 she was diagnosed with ALS, Lou Gehrigs disease.  Although there may not have been a lot of physical pain the loss of speech, being unable to swallow caused such suffering.  She chose to stay at home and deal with life as it came.

Unlike most victims of ALS, Mum was able to walk and she did just that the evening before she died.  My sister tells of how she walked around the garden whacking at the weeks with her cane, reminding my Dad of what he should be doing!

That day in May I left the Farmer (now JD Salesman) with three young kids and went to visit my parents. Our oldest sister had come from Ontario and the middle sister had come a month earlier from Thailand at Dad's request.  Dad and Chris had gone to the little country church for prayer meeting.  Martha and I sat in the yard, visiting and then prayed, asking God to take our Mum to heaven.  He did.

After the reality had settled in I remember leaving the house and walking into the nearby field where I screamed at God.  I was so angry that my Mum had died.  It was years later that I came to realize how anger us just a part of grieving, it is normal and no, God did not turn away from me, reject me, get angry back!  I know He understood.

Mum loved flowers.  She loved birds.  One of her favourites is the house wren.  The other day when I heard that noisy little bird for the first time this spring I thought of Mum. 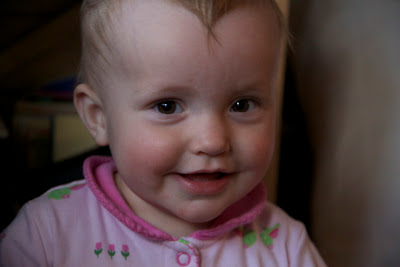 Lucy
the sparkle in these eyes reflects the mischief that is brewing... 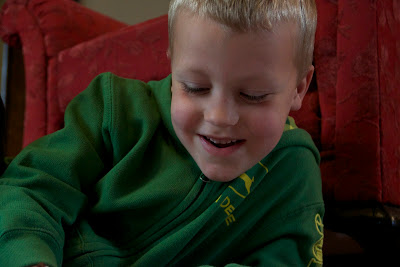 Jackson
energy to spare!  His Dad tells me the soccer shoes are being put to good use! 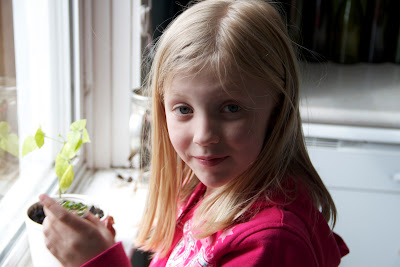 Molly
she faithfully waters the bean plant she has been growing since winter!  Pretty in pink, right?
Posted by Grandma K at 11:32 AM 1 comment: 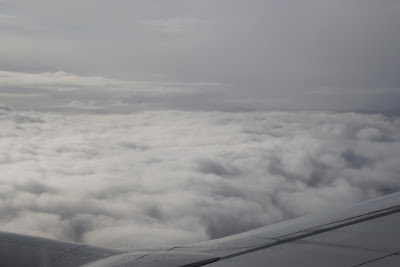 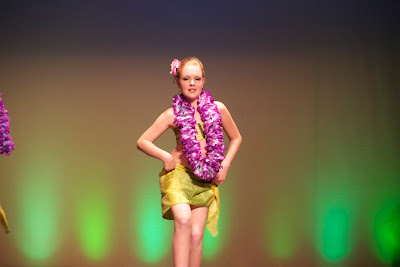 is it really three weeks ago that I took a flight to Manitoba?  oh my! how the time flies.... 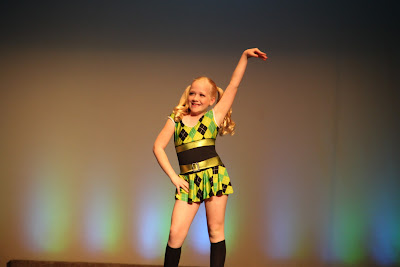 While I was there I took in the annual dance recital of these three grand daughters.  And yes, I shed some tears of joy and pride.

They all did a great job!

(Lexie is the one on the left of the picture.  She has a "double" who is in her kindergarten class as well as her dance class.  I wasn't the only one who kept getting mixed up!) 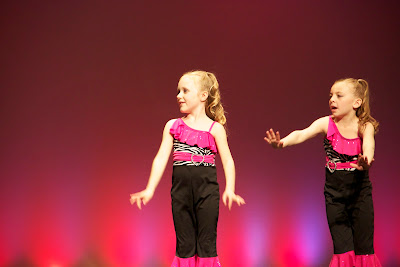